The first episode of De Stamhouder / Legacy will be broadcast tonight. The eight-part historical drama series tells the story of Alexander Münninghof, who is forced to dive into his dark family Nazi history when convincing the love of his life Ellen to stay with him.
De Stamhouder is directed by Diederik van Rooijen and mixed by Danny van Spreuwel.
Broadcast every Sunday at 21:30 on NPO1 and streamed on NPO Plus. 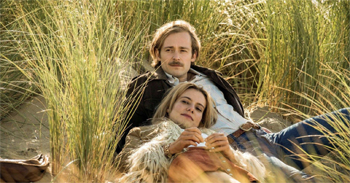